Season on the Line for Saratoga Hockey

You step onto the freshly shaved rink, the chill and the clicking of the skates across the ice dissolves into the energy of the crowded arena. The horn sounds to signal a goal. Tension builds between the Section II rivals in the fight for the championship. A puck deflects off a goalie’s mask. Game over.

For Saratoga center Devon Wormley, this loss may have been the last game of his high school career.

As the disappointment of the Sectional loss was settling in, Wormley was hit with another obstacle within days: the coronavirus shutdown.

“We didn’t know what was going on…we then realized that this might be months on end,” said Wormley, “We were naïve thinking that we would be able to play. Hockey’s going to happen, of course it’s going to happen, it’s six months away.’” 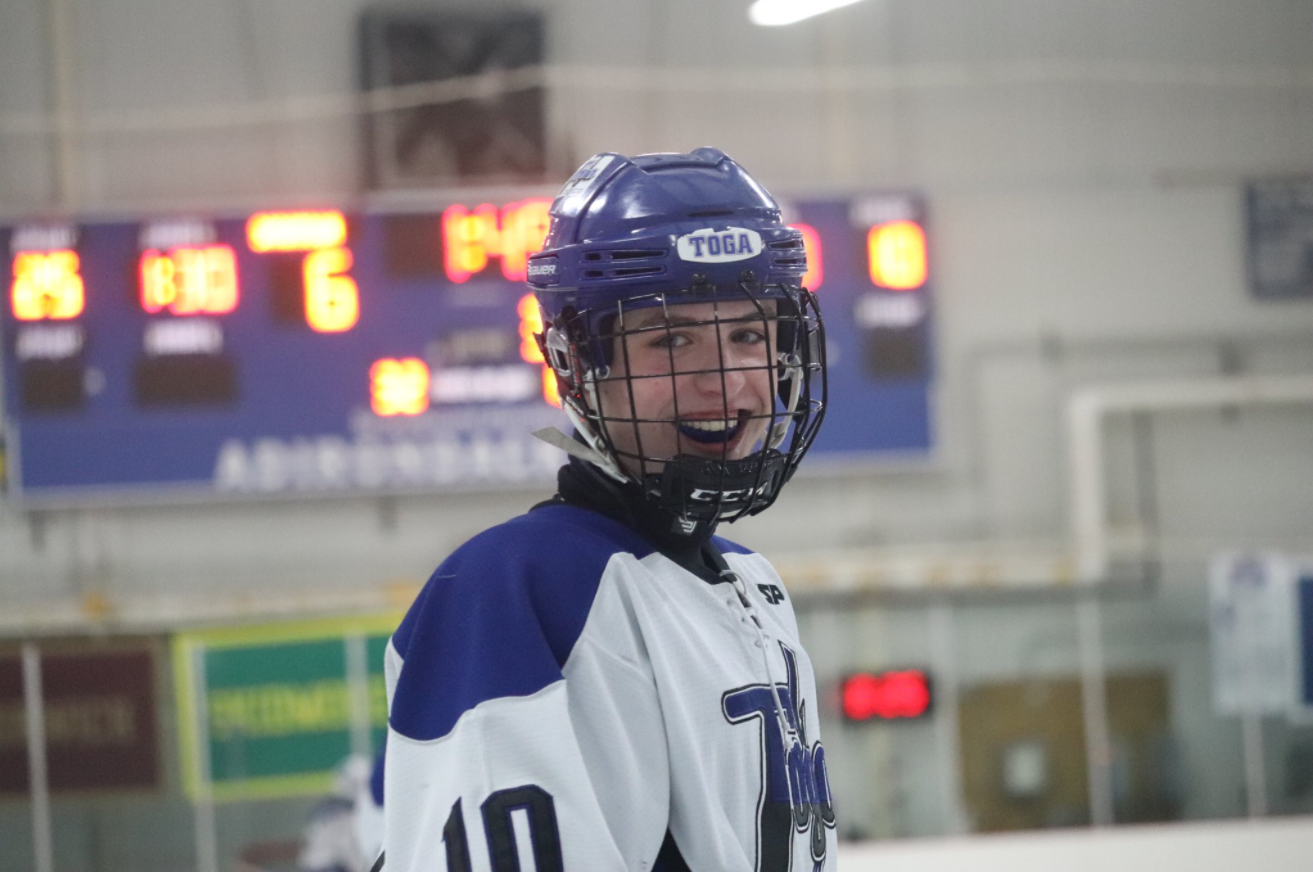 Saratoga Springs center Devon Wormley (10) looks on during a game against Adirondack on February 12, 2019 at the Wiebel Avenue Ice Rink.

Wormley, now a senior, has been eager to put on the Saratoga jersey since March. “Being in front of the student sections, the rinks are packed, crowds are chanting – that’s hands down the best experience of my high school career,” Wormley said.

This season isn’t just about playing hockey for Wormley. “[In] your senior year, you get your senior night, you put on those jerseys in front of your family, your friends, the crowd,” Wormley said. “It’s a very surreal experience that we’re hoping to look forward to.”

Wormley’s teammate, senior forward Will Detora, said that playing hockey at Saratoga “has made the experience of high school fantastic.” Detora added, “I will miss hearing Toga chants and seeing the joy a victory brings to everyone’s faces.” 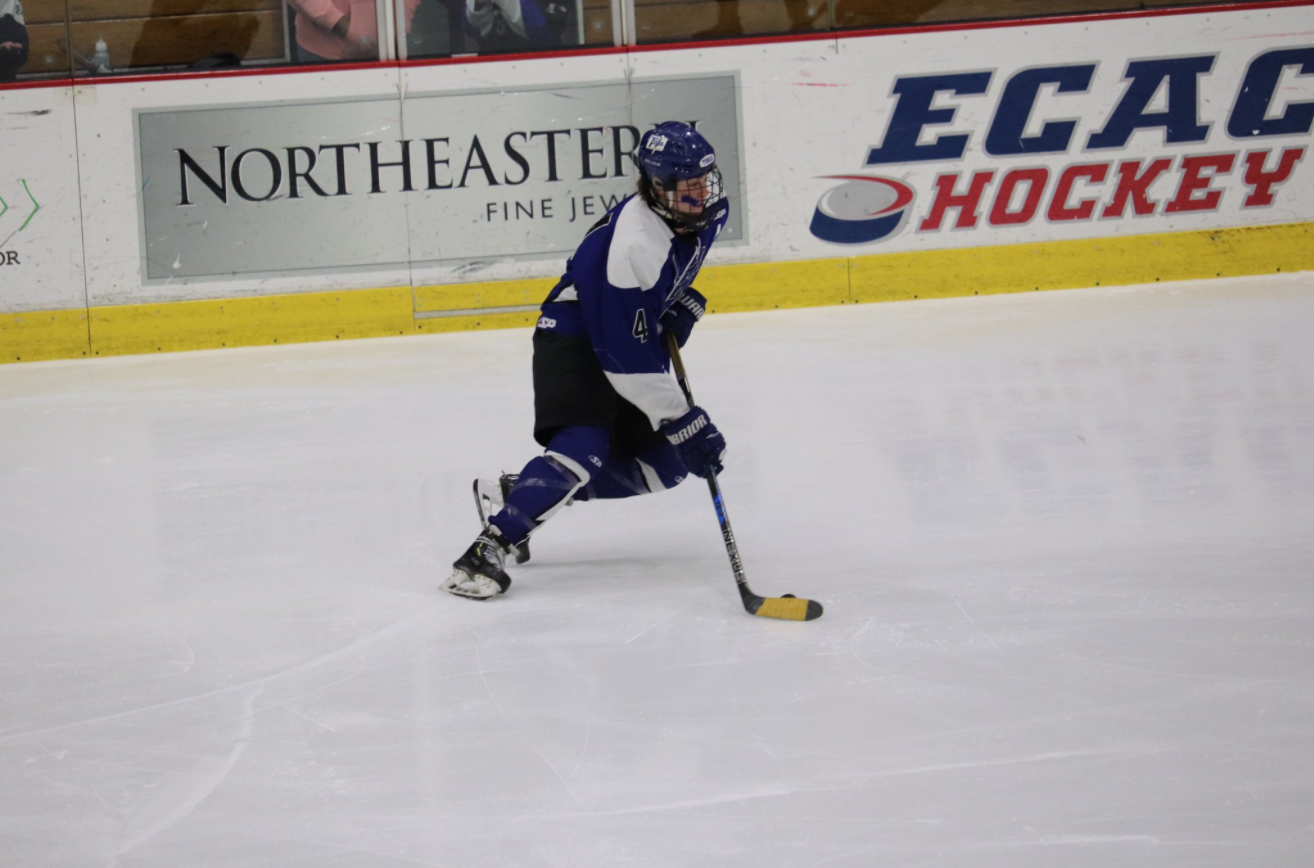 Saratoga Springs right wing Will Detora (4) possesses the puck during the 2020 Section II Championship game against Bethlehem on March 2, 2020 at the Frank L Messa Rink.

Although the tentative start for the season is in January, the season is still up in the air as the number of COVID-19 cases rises in the Capital Region.

Head coach Tim Horst said that the team’s mindset has shifted to one of gratitude. “We learned that this sport can be taken from us at any moment,” said Horst, “So, effort and enthusiasm must be one hundred percent always.”

The team has made the most of their unique offseason. Wormley and his teammates have shot pucks in their backyards and attended team workouts, held either virtually or outdoors, depending on the weather.

“When we’re in the gym, it’s just a lot of strength training, trying to get bigger, faster off ice,” said Wormley. “On ice, it’s a lot of passing, stick handling…[and] breaking the game down to its basics.”

While the time away from the game created physical barriers, players also dealt with mental obstacles.

“It does take a toll mentally. It’s extremely sad that it’s possible I’ll never play for Saratoga again, especially the way things ended in the Section II final, and knowing that we had a good team returning this year,” said Detora. “It’s difficult to stay positive about it all but we have come together as a team to try to stay as positive as we can.”

If they do make it back on the ice, the team will be ready to pick up right where they left off.

“Hockey is the way I release all my energy, and whatever I’m feeling, I get out on the rink,” Wormley said. “It stinks now that we’re not able to go do these things, and it’s definitely hard, but this is all going to end at some point.” 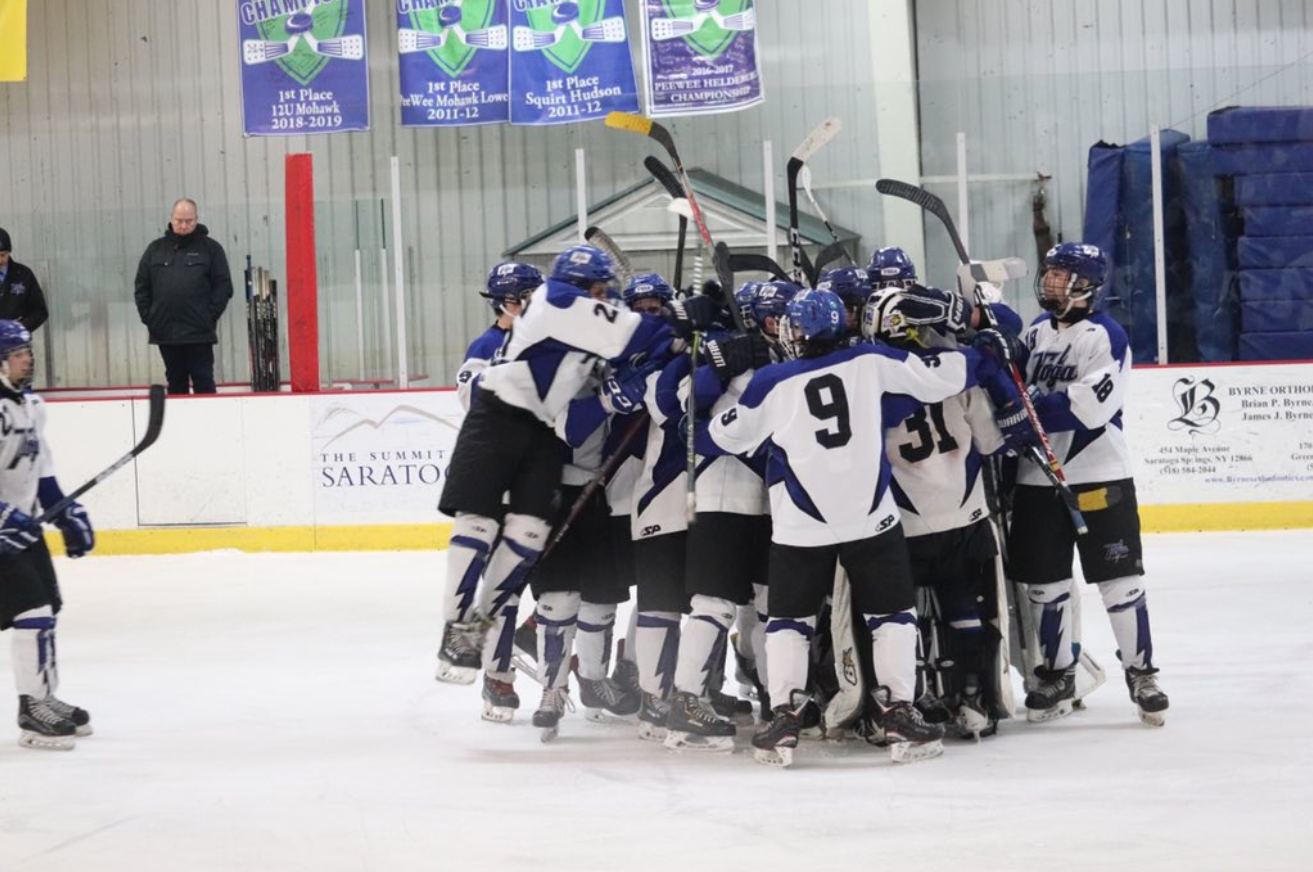 The Saratoga Springs Blue Streaks celebrate a goal in the Section II Quarterfinal game versus Shenendehowa on February 26, 2020 at the Wiebel Avenue Ice Rink.

The Blue Streaks hope to return to the Wiebel Avenue Ice Rink in January 2021.