On Monday, the Saratoga boys varsity volleyball team swept Niskayuna in three tight sets, led by strong performances from Nate Krackeler, Chase Corbett, and Thomas Bobear. The final set came down to the wire, with Saratoga winning 31-29 off a serve from Corbett.

The Blue Streaks will continue their season on Wednesday, April 14th with an away game against CBA. 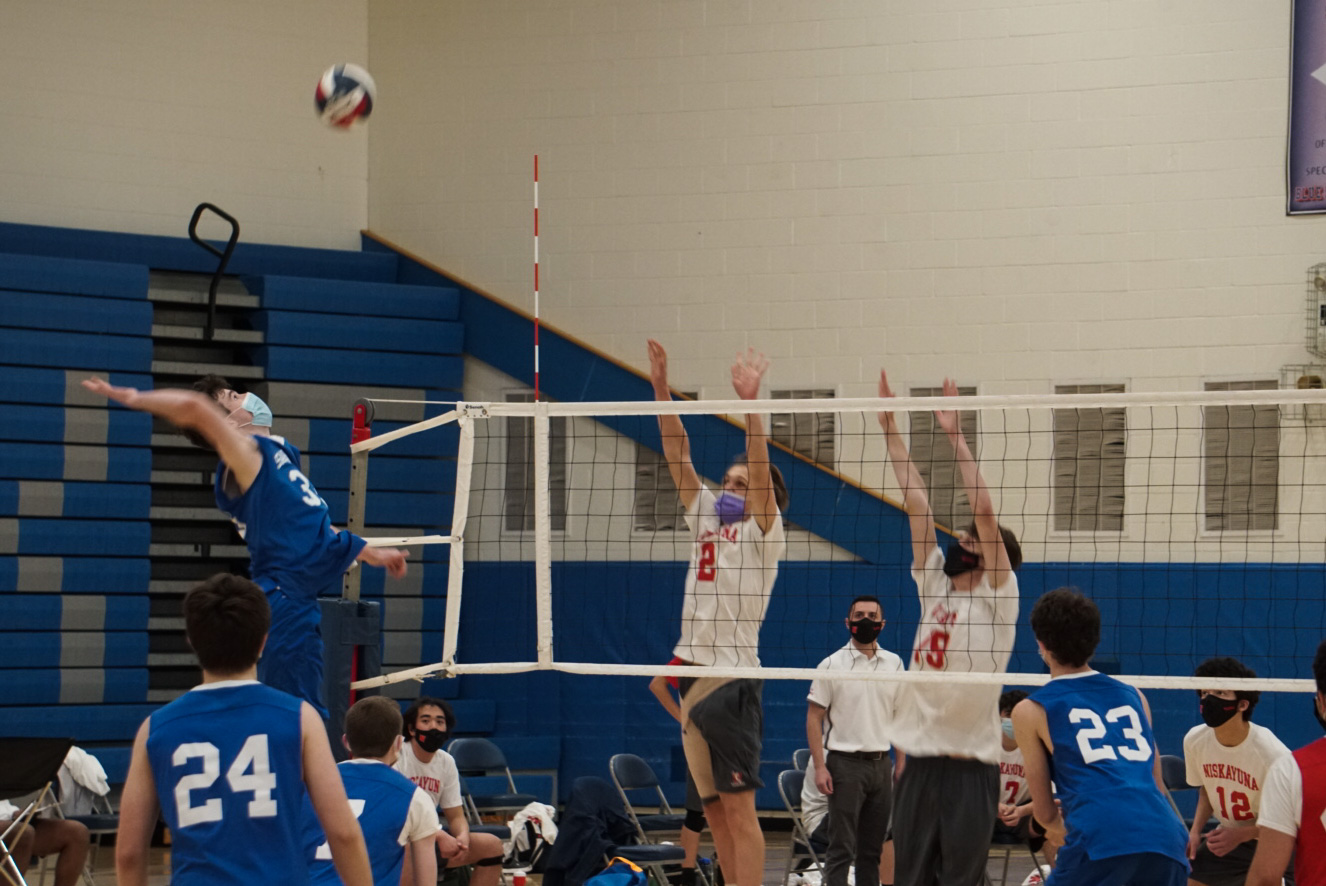 Saratoga senior Chase Corbett (33) spikes the ball off a set from Nate Krackeler. 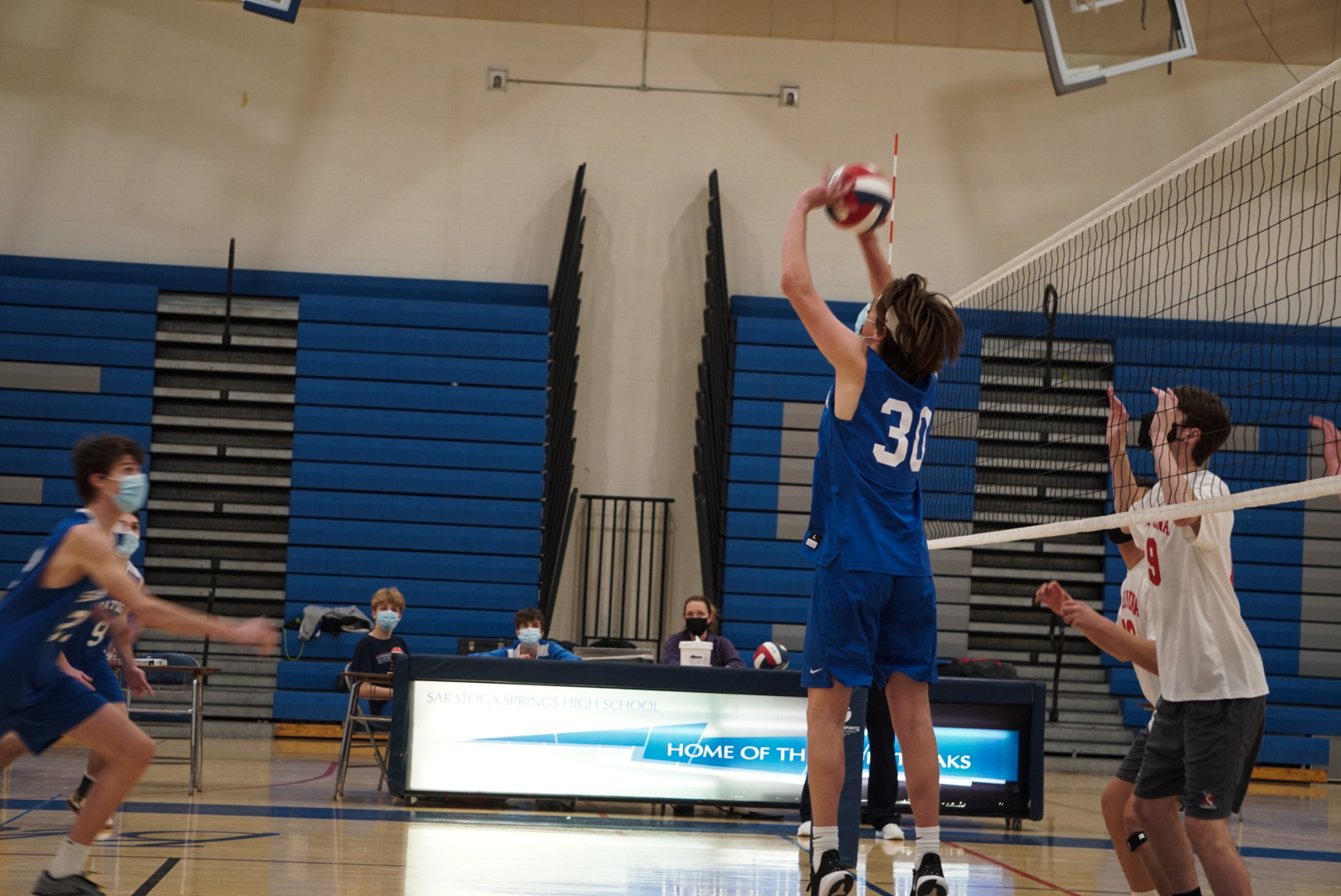