It all started in 1868 when Louisa May Alcott wrote the novel known as Little Women. The classic coming-of-age story follows four sisters during the Civil War era in Concord, MA, and has been adapted countless times.

Little Women has been adapted for the screen three times, the latest being in 2019. Written and directed by Greta Gerwig, this adaptation is just pure genius. But why is this adaptation so special?

Greta Gerwig made her debut writing and directing in 2017 with her film Lady Bird, for which she has earned several accolades.

In a video called “Greta Gerwig: Women Making Art,” Gerwig explained her story on how she got to adapt Little Women. “Little Women has been something that’s been part of who I am for as long as I remember. There was never a time when I didn’t know who Jo March was… She was the person I wanted to be, and I loved her,” Gerwig said.

“So, when I heard that they were going to make the movie, I went into Sony and I said, ‘You have to hire me because I’m the only one who can do this justice and I have a very specific idea of what it’s about…’ So, this may be a more personal film for me than Lady Bird. This is everything for me,” Gerwig said. 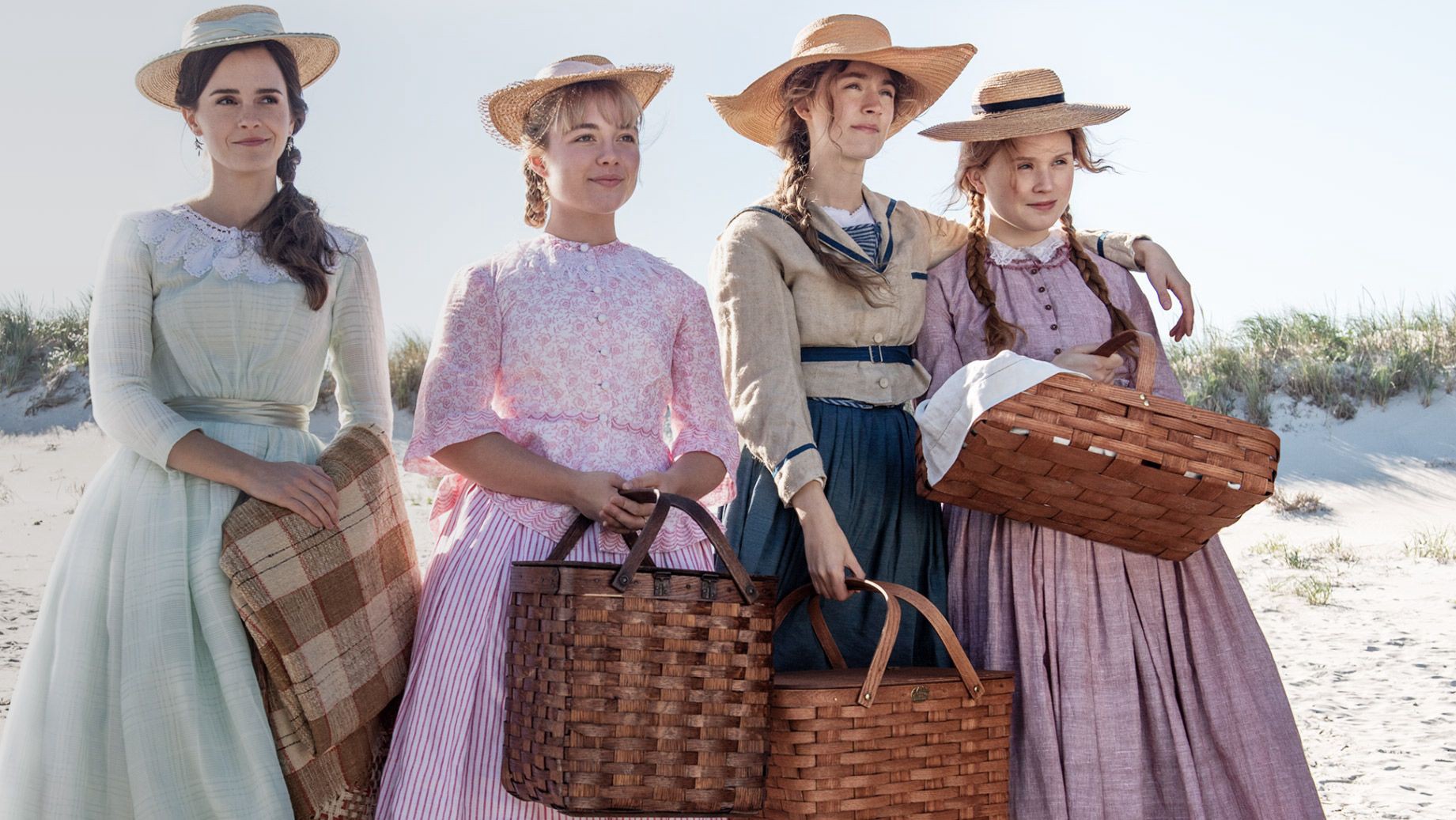 The March sisters. Listing from left to right: Emma Watson as Meg, Florence Pugh as Amy, Saoirse Ronan as Jo, and Eliza Scanlen as Beth. Still from Greta Gerwig’s “Little Women” (2019). Produced by Columbia Pictures and distributed by Sony Pictures.

“Why this Little Women so incredibly speaks to this moment in time is because of Greta,” said actor Meryl Streep. “She wrote it. She adapted it.”

The most attention-grabbing choice that Gerwig made was that instead of following a linear plot as the book does, the film jumps back and forth in the lives of the four March sisters (Meg, Amy, Beth, and Jo). “She wanted to tell the story from them as adults,” producer Amy Pascal said. “So, the movie starts with them as grown-ups having the lives they have chosen, and we go back and forth in time.”

The modernity of the adaptation is another common talking point. “For me, I always heard it as a modern story… When I was writing the screenplay, completely new parts of it jumped out at me,” Gerwig said. Actor Laura Dern, who plays Marmee in the film, explained how Greta was so “radical” in her adaptation. At times, Laura recounted Greta saying, “I can’t believe this, but I’m actually going back to the text to use her [Alcott’s] exact words because it’s so modern.”

A standout aspect of Greta’s writing is her use of overlapping dialogue. “I think that having a director who is also the writer and knows how they want their words spoken, it’s gorgeous to have it articulated so clearly that you know what they want,” Dern said.

“You just see her commitment and her focus, and I actually really like that Greta’s ambition was less about, ‘How do we put a twist on it?’ And more like, ‘Let’s just try to do it as good as possible,” actor Timothée Chalamet said. 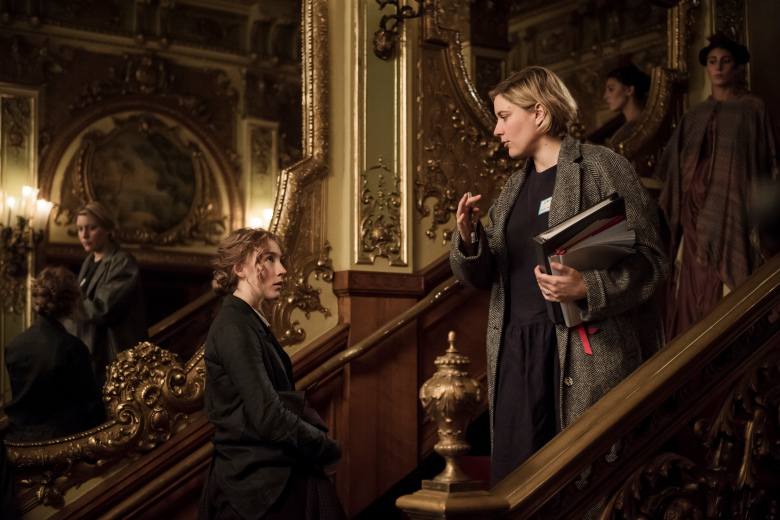 Gerwig focused on aspects like economics in this adaptation. More specifically, women in economics—something earlier adaptations shied away from. “Greta has said that this film is about women, money, and art. And how women negotiate that, especially in a world where they are coming up short in the transaction. And she was very interested in subverting that,” Streep said.

Gerwig’s ending was another noticeable choice. Gerwig modified the original ending, paying homage to the fate Alcott envisioned for Jo but couldn’t write herself. “Louisa May Alcott did not want to have Jo get married at the end of the book,” Gerwig said. “But she caved. She did the thing that was gonna sell books. And she was right. It sold a lot of books,” Gerwig explained.

“My whole idea of how I wanted to construct the end of this film and really the whole thing, is that I wanted to deliver on what the pleasures of Little Women are, and also give Louisa May Alcott the ending she wants. So, I wanted to do the romance. I wanted her [Jo] to get Bhaer [the man Jo ends up together with]. I didn’t want to rob us of that and then I also wanted to ask, why do we want that? Why do we need her to have that?” Gerwig said.

“I think there’s something of the complete revolutionary, rebel spirit that’s contained in Jo and this possibility for life beyond what your gender dictates at the moment that is completely exciting still,” Gerwig said.

In a YouTube video from Vanity Fair, Greta Gerwig broke down a scene with actors Saoirse Ronan, Timothée Chalamet, and Laura Dern.

After the four of them clicked play on the scene, Gerwig paused the video and said “I wanted childhood to have this golden glow, so we shot with this very specific filter. But so what we wanted to do was give it scale and density that would kind of impart the same coldness without actually having cold color because we wanted to save that for the adult section.”

The scene plays out, with nearly the entire cast making an appearance. “I’m very proud of how this scene was blocked. It’s actually really hard,” Gerwig said. Laura Dern pointed out that “what’s particularly amazing, as we’re watching here, is as she’s [Gerwig] defining the movement, this dance for this part of the film, every single moment, every move comes with a new dynamic of a different relationship.” 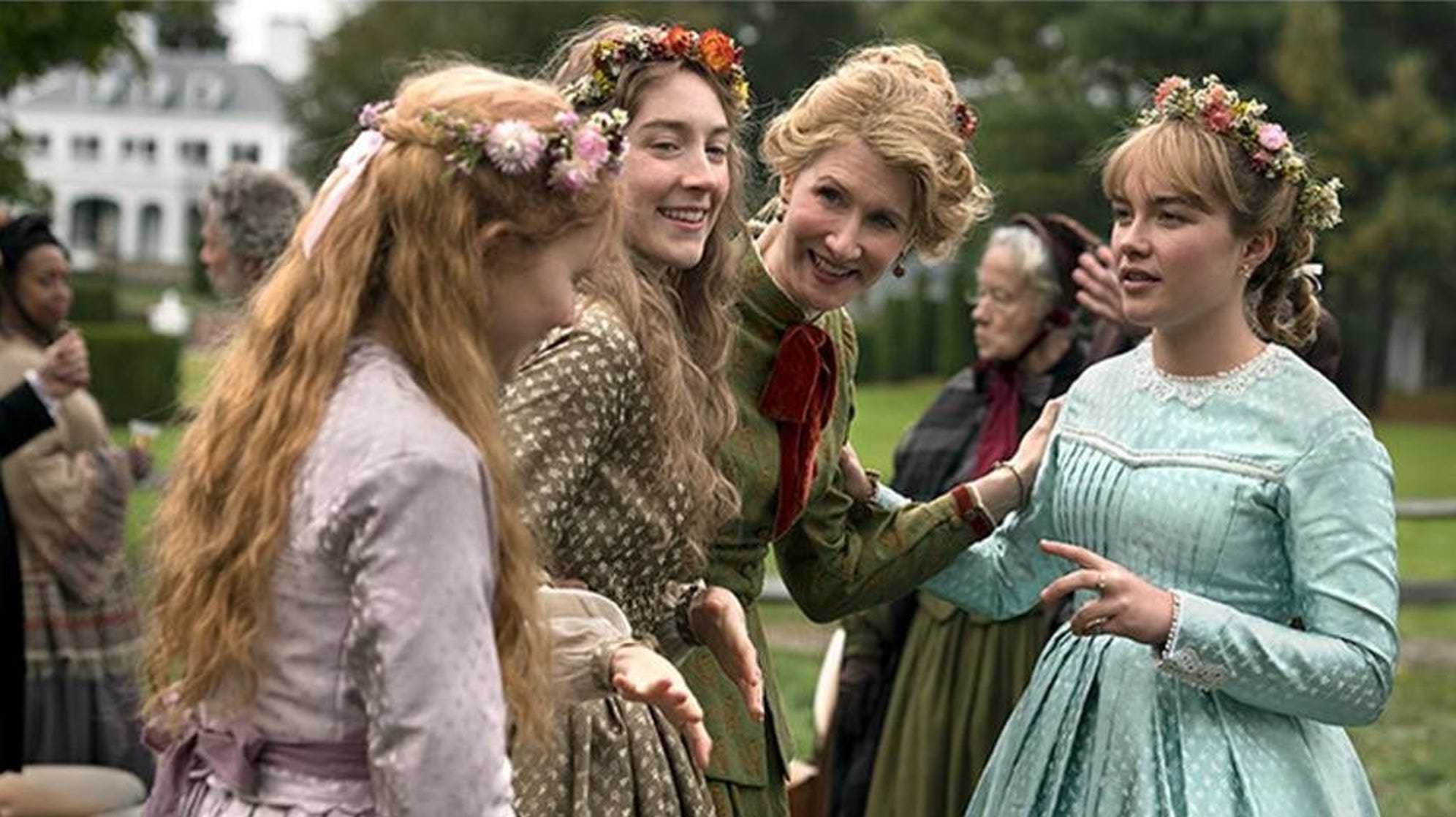 Gerwig went on to explain all the different character relationships: “All of these dynamics that keep shifting and kind of the emotionality of each character as they’re moving around each other, it’s a trick of not just where you are putting the camera, it is where are you putting your emotion with everyone because what you want to feel at the end of it is that you were in the room and you left everything that everyone was feeling.”

This is what is missed by many film viewers: the attention to detail of the director and the countless hours of careful thought, planning, and preparation.

Costumes also contributed to this attention to detail. The brilliant work of costume designer Jacqueline Durran kept the clothes appropriate to the 19th-century setting, earning her an Oscar for costume design in the 2020 Oscars. For example, Durran came up with the idea for Jo and Laurie to switch out their vests with each other, something that Durran produced to show off their relationship. This perfectly expressed Gerwig’s vision that Jo and Laurie were each other’s “androgynous other half.”

Costume choices were also noted when Ronan said “Jo chooses not to wear a hoop or sometimes even an underskirt. And so, with the result, she just has this like freedom and movement of fluidity, and I could, you know, walk like a boy and I could slouch.” This choice is important regarding Gerwig’s desire to express Jo’s independence; Gerwig wanted Jo to be as much of a tom-boy protagonist as she was in the book.

“Those kinds of details of character, that to me, it’s like what helps me believe in this world that we’re making,” Greta Gerwig said. “I make movies that I want; I hope some nerdy lady will watch it twenty times and pick up on all this stuff and I want them to have lots of goodies.”